For as long as I can remember, I have had 'obscure' football shirts, as my Father used to buy me a shirt from most places he went to abroad, for example I used to have Canvey Island, Legia Warsaw and Wustenrot Salzburg shirts.  At the 2010 World Cup, I immediately fell in love with the Ghana away shirt and so bought it for a hefty £45.  Naturally, I started to Google things such as 'Kyrgyzstan football shirt' and 'Nepal shirt', thinking that I would be able to buy almost any shirt in the world that I wanted at the click of a button.  Unfortunately, it wasn't to be...

When the Ghana shirt arrived, it took my total up to 6 as I already had an England, Iceland, Peru, Angola and Croatia shirt all from previous holidays (apart from Angola which was bought during the 2006 World Cup in Germany).  Soon I discovered Nick's blog and was inspired.  In October 2010, I created this blog.  As time went by, I gradually got some extremely rare shirts for example Macau and Ethiopia match-worn shirts which now belong to Nick.  Unfortunately, about a year later, I lost interest and decided to sell the majority of my shirts to fund a well-deserved holiday.  Now, I am collecting shirts but only ones which come up at a very good price or are too rare to refuse and I also buy the occasional club shirt, which I will also put up on here.

If you think that you can help me with any shirts, please leave a comment or email me at oliver_wells213@yahoo.com 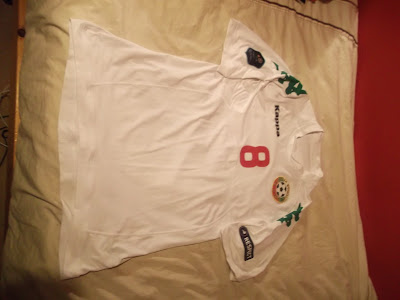 There's a seller on eBay who frequently offers many Bulgaria match-worn shirts and I currently have 4 of them.  This is my favourite because it fits me although I don't plan to be seen in a Lycra shirt outside of my house.
I can't find a photo of Chavdar Yankov wearing the shirt so a photo of somebody else wearing the no.8 shirt will have to suffice.  Apparently, this was worn in the game against Switzerland which was drawn 0-0 and there is even a little but of dirt at the bottom of the back of the shirt to add to the authenticity.
I also bought some shorts from the same seller, which have no.14 on it because I got it with Tsvetomir Tsonkov's no.14 shirt. 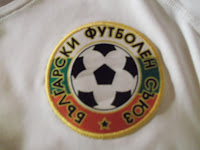 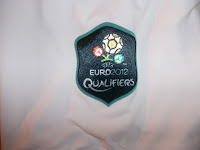 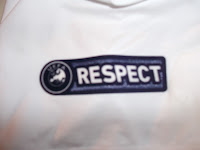 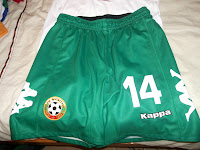 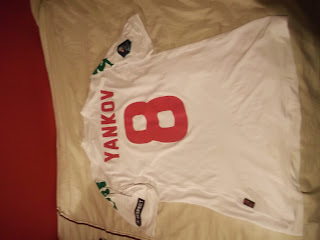 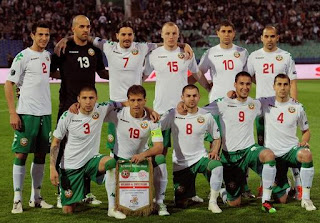